The discovery of penicillin started a new era in the treatment of bacterial diseases. Yet, since that time, doctors have come across bacteria resistant to antibiotics. Some experts openly speak about the overuse of antibiotics and their diminishing effect. However, according to the research of an international scientific team, whose member is also Associate Professor Pavel Hulva from the Department of Biology and Ecology of the Faculty of Science, University of Ostrava, this resistance has roots in the animal kingdom long before Alexander Fleming's Discovery and the start of mass production of antibiotics. The team has recently published their findings in the prestigious journal Nature.

Antibiotics have been prescribed for diseases caused by bacterial infections for almost 80 years now. However, few people realize today that antibiotics are originally natural substances, some “chemical weapons” that fungi have used against bacteria since time immemorial. Both doctors and scientists have long been debating over the causes of bacterial resistance. An international scientific team involving Pavel Hulva, Associate Professor from our Department of Biology and Ecology, has been looking for the answers right in nature – specifically in hedgehogs. The surface of their bodies is inhabited by microscopic Trichophyton fungi that produce beta-lactam antibiotics protecting them from bacteria.

This discovery has not been easy. It was preceded by extensive work of an international team that provided a sampling of skin swabs of hedgehogs all over Europe, sequencing of staphylococci genomes, biogeographic analysis of obtained data, biochemical analysis of antibiotics, and microbiological testing of the resistance of individual strains.

As proved by a study published by the scientific team in a prestigious journal Nature, these fungi are exactly those in which we can find the origin of staphylococci resistant to methicillin (indicated by the abbreviation MRSA – methicillin-resistant Staphylococcus aureus). Moreover, it points to the period long before antibiotics started to be fully used in human and animal medicines.

There is another proof of the benefits of modern technologies and approaches (e. g. genomics) that allow a much more complex view of life science than before. Thanks to them, it turns out that everything in nature is connected – bodies of living organisms are internal ecosystems composed of a wide range of smaller creatures (viruses, bacteria, protozoa, fungi, or invertebrates) denoted by a new term holobiont. (The scientists openly talk about the health significance of kilograms of bacteria living in the human gut.) These living organisms are then interconnected with the external ecosystem - the environment.

The already mentioned study published in the journal Nature emphasizes this interconnectedness and concept of “One Health” or the fact that the health of humans, animals, and ecosystems is closely related and, therefore, everything needs to be interconnected - both the approaches within human medicine, veterinary medicine, and nature protection. We do not have to look very far for evidence. Lately, debates have openly been conducted on cases of animal diseases transmissible to humans (the so-called zoonotic diseases) and their relationship to the destruction of the environment. For example, the transmission of Ebola to people from fruit bats is presumably related to extensive deforestation in Africa, and the transmission of coronavirus infections (such as SARS and COVID-19) appears to be the result of the destruction of ecosystems and consumption of wild animals in overpopulated Asia. The hedgehogs studied by our scientific team also got very close to humans in Europe, which happened after the semi-open park landscape shaped by large ungulates and beasts had been destroyed. Conservationists are currently trying to revive it.

How did you get to hedgehogs and antibiotic resistance?

I started to study hedgehogs in 2006, along with my then student Barbora Černá Bolfíková. Hedgehogs are medium-sized insectivores characterised by slow metabolism and hibernation, which is why their expansion and microevolution were significantly affected by climate oscillations during the Pleistocene. Moreover, West European Hedgehogs and Eastern European Hedgehogs create a contact zone in Central Europe. Therefore, these types were suitable for phylogeographic and speciation research on which our working group focused. Since 2012 we have published a wide range of studies on hedgehogs, principally targeted at molecular ecology and phylogeography, as well as the evolution of phenotype or parasites. I am originally a molecular biologist, and during my Master's studies, I specialised in adaptive mutagenesis of microorganisms, which is why I find the topic of the microbiome and its evolution extremely interesting.

What role did you play in the study?

With regard to the dominant position that we hold in the study of hedgehogs, I was approached by Jesper Larsen, the first author of the study, with a request to cooperate in the hedgehog microbiome in 2017. As I am fully interested in the concept of holobiont (after all, mitochondrial DNA that we often study is a relic of the original endosymbiont, microsatellites are often parasitic elements of DNA, and we have many parasitological works as well), I am glad I agreed. I approached Barbora, we met Jesper in Copenhagen and started to solve various aspects of the study. Then we collected samples. The genome analyses took place in Copenhagen. The first version of the manuscript included about twenty authors out of whom veterinary specialists dominated. I tried to apply evolutionary and ecological views into the manuscript, which eventually happened. It is positive that in the era of big biological data, the classical interpretation of a “cruel” pathogen and its “innocent” victim moves towards a rather holistic approach that, after all, is more consistent with reality.

Does it mean we don't have to be afraid of hedgehogs?

We do not have to be afraid of them. A majority of infectious diseases that circulate in the human population nowadays were transmitted from animals in the past. At present, the transmission from animals takes place on a scale of the whole planet and over a long period. The probability that you will become infected by a disease transmitted from a mouse, hedgehog, or bat living in your garden is close to zero, provided that you are following standard hygiene rules of western society.

1) Methicillin-resistant staphylococcus (MRSA) has been present in hedgehogs since 1800 (since the onset of the Industrial Revolution), long before methicillin entered the market in 1959.

2) Agar Petri dish with a growing fungi (F) producing an antibiotic. The left half of the dish is populated by antibiotic-resistant bacteria (MRSA), while the right half is covered by sensitive bacteria (MSSA) - the antibiotic produced by the fungi is killing them, creating a clear semicircle in the right central part.

3) Fungi living on the bodies of hedgehogs can kill methicillin-sensitive bacteria using the produced antibiotic, whereas resistant strains can defend themselves.

4) The “One Health” concept: the health of humans, animals, and ecosystems is interconnected. Therefore, the activities of human medicine, veterinary medicine, and nature protection cannot be separated. 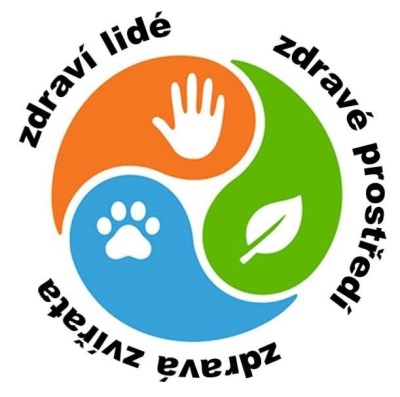